Advocating for Yourself Without Being a Total A-Hole 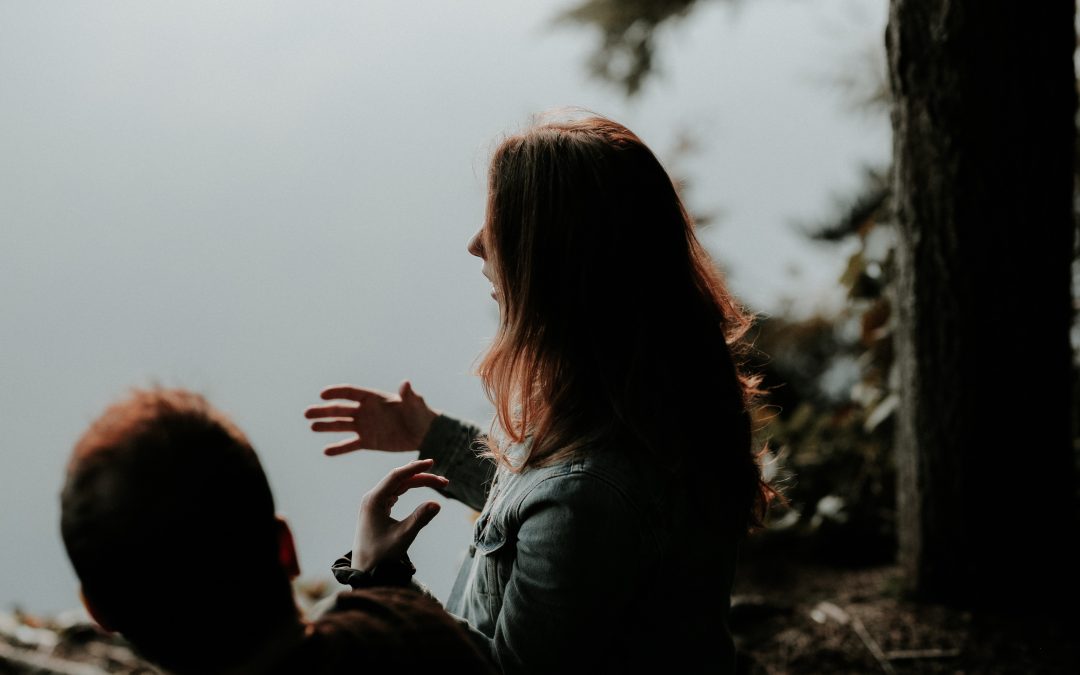 Congratulations!  You’re married! And now we live happily ever after forever and ever.  Never a day of discord!!! Now you’ll always be completely satisfied and happy till death do you part!

Nope.  Absolutely false. Not unless you can figure out a few things.  One of the things we have to take into account when we do life with someone else is that we are constantly riding the line between getting our wants/needs met and making sure our partner’s are met as well.

What that equates to is: balance, compromise, and constant awareness of the flux of both.

Some blessed souls were naturally born with a servant’s heart, so maybe they don’t say anything to keep the peace, or convey trust or support.  Other’s of us have a strongly developed sense of justice and constantly strive to keep things “fair” and can’t help but to fight for equality of power. Other’s still have a limited ability to see past their own needs and do all the wanting and none of the giving.

Most of us are a combination of all of these, and those warring traits can sometimes make it difficult to know when to hold ‘em and when to fold ‘em. Sometimes we don’t even know what we want, we just know what we DON’T want.  In our household we can sometimes get so wrapped up in caring for the kids, the house, our jobs etc that we forget to even pay attention to our own needs until it’s too late and one of us explodes.

I was recently conducting an interview with a couple who have owned their business for over 30 years and the husband made a bold statement that I think speaks well to this topic and can hold a lot of truth for those of us who have only been married 5-15 years and still have a lot of our married lives ahead of us.  He said that there is a difference between TRUST and RESIGNATION. He thought for years that his spouse followed him into the business world because she trusted him, but in reality it was that she knew he was going to do what he wanted anyway so she may as well just follow along. This bled into their relationship and caused distance, disconnect, and the slow burn of resentment.  It took years for them to get back to a good place with him working to rebuild her trust and her learning how to voice her wants.

I know I harp a lot on the importance of communication, but there are very few of us who can actually read minds. “Well, if he doesn’t know me well enough by now to know what I need then that’s his problem!” Ooooookay. Listen, I get the inclination to go there. And CLEARLY the trash DOES need to be taken out, but we have to ask ourselves- is that really what it’s about? It’s more likely that the issue is feeling unsupported, unimportant, unheard, and misunderstood. This causes pain, but it’s showing itself like childish pettiness, and frankly, it’s unproductive. Do you want to get your way or not? Yes? Ok, then let’s be smart, slow down, think through what we really want. Start with identifying what ACTUALLY hurts, and then work backwards to discover which need isn’t being met.

Getting your way: LEVEL ADVANCED!  Plant the seed! Suggest an idea and walk away.

The saying “pick your battles” holds great wisdom but I’d like to argue that picking your timing is equally as important. I was recently at a basketball game for my son and was in the bleachers next to a father and a grandmother, obviously his mother. The grandmother kept insisting on talking about some family issue right there in the basketball gym of the YMCA around tons of people while the game was happening. Ultimately Granny started crying and left the game. Bad timing, lady. We all have the desires to get our immediate issues resolved RIGHT NOW, but we can really do more harm than good when we aren’t strategic. Ask yourself, “Is this the right time and place?” If not, when?

Oh good!  She’s saying I don’t have to talk about it now!  I’ll just hold onto it for 20 years and let it fester into an oozing boil of resentment. No! I’m not suggesting you brush things under the rug. I’m saying be smart, be timely, and be non inflammatory. That means don’t be an a-hole! Yes, I said it. Don’t pop the boil in the middle of a conversation.  Don’t hold onto it as ammo to throw in 6 months. Don’t dip their toothbrush in the toilet when they’re not looking as some sort of passive aggressive retribution. Be. The. Adult. At the end of the day we still have to live with ourselves whether you’re married or not. Keep it classy. We’ve talked about the time for “clearing statements” in the FBM. This is a great opportunity to practice self advocacy in a calm and controlled setting.