The Power of Counseling 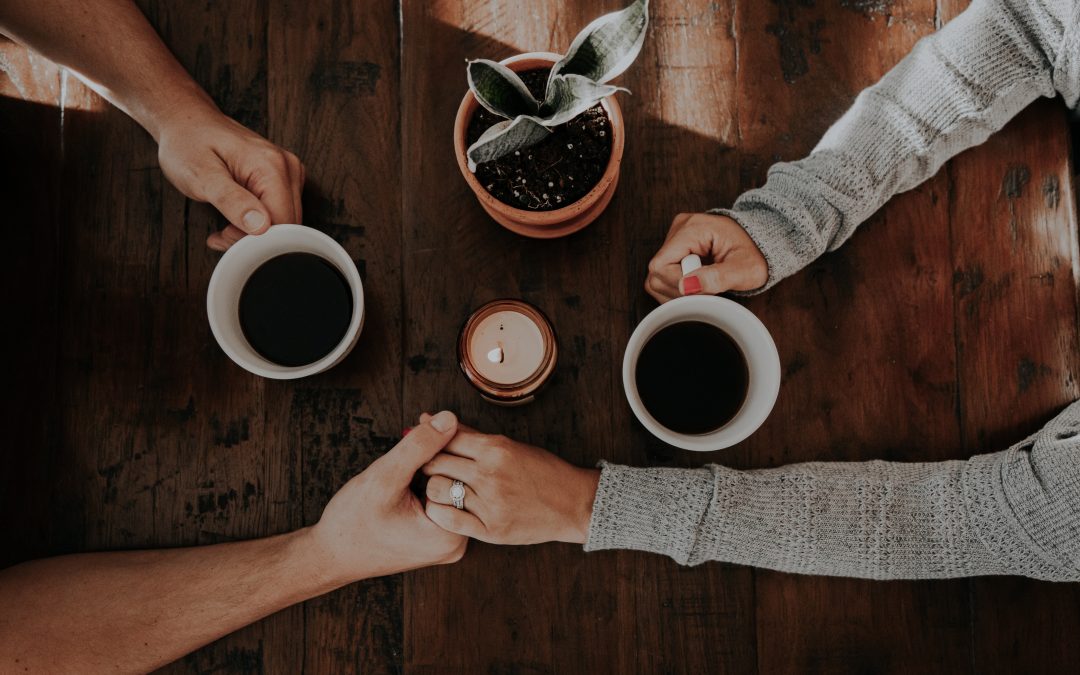 Adam and I have been through marriage counseling three times and all three times it was because Adam was wrong about something and I needed someone to tell him so. Turns out that that’s not how it works. Counseling is a touchy subject for some folks. To be honest, I was a little skeptical at first too. But, I can’t deny that it’s helped, even saved, my marriage and made me a better person in general.

I used to hate the idea of getting all mushy gushy in front of a total stranger. I was sure I was right about most things (I dare you to say otherwise) and I really didn’t need affirmation of that fact. Nobody likes being examined under a microscope. The thing that finally put us in counseling was Adam’s behavior. I’m not kidding when I say I needed someone to set him straight. At the time we had a new baby, he was gone all the time, and would often come home having had too much to drink at this happy hour or that meeting on the golf course. He was out of control and I believed that his behavior was pure childish selfishness. It seemed to me that he had no thought or care of how his behavior effected his family. It felt like he was staying out all the time to avoid being home with us.

I was hurt, but it didn’t translate to that. It came across as anger. It came across as accusations and blame. It came across as nagging and bitter. To be fair, I was also alone with my new baby and struggling with motherhood and postpartum. Just for your information, railing and screaming at a drunk person is a completely fruitless effort. It’s exhausting, one sided, and they don’t even remember it the next day. I wouldn’t even be able to get past my designated silent treatment time before it happened again. I was furious and miserable. I needed someone to help me make him see.

Y’all. We were so young. There were so many things we thought we knew. I know that I sounds like a cliche “old lady”, but it’s true. If only I knew then what I know now… The first counselor we went to really went to town on Adam as an alcoholic in denial. But she never got to the heart of what I believed was the true issue; his selfishness and unwillingness to grow up. Adam’s behavior wasn’t classically alcoholic. He didn’t hide vodka around the house and he could go days without drinking. No. In my mind, I believed he was addicted to partying. (Side note about Adam: he was married before me. He was VERY young at the time and he never had a drop of alcohol until after his divorce when he was 26 years old. I truly believed that he was making up for his lost frat boy years.) We never really got what we wanted from that lady so we stopped going all together, slapped a bandaid over it, and kept going.

We went in like this for years. We were stuck in a cycle of incident-fight-silent fury. The cycle wouldn’t even end before it started up again. I would stay up waiting for him, worrying whether he’d make it home alive without getting stopped or really hurting someone. Then something changed in me. It was like a switch flipped and I stopped caring. We had two children by then and I was in survival mode. I simply couldn’t worry about him anymore. It was making me sick and miserable and I reasoned that I had to keep up appearances for the kids’ sake. I became more detached and cold. I’ve always heard that the most dangerous thing to happen to a marriage is the hardening of the heart and that’s exactly what happened. I’d gotten really good at running this ship. I really didn’t need him for anything other than monetary support. I could start over and do this on my own. I just couldn’t live this way forever.

There was a really bad incident. We weren’t even at home, we were on vacation with several of our adult friends and no kids. I told him I was thinking about leaving and things hung in mid air for a few weeks. I took the issue at hand to a group of ladies from my church. We were in a study group together and they’d become a support group of people outside of our regular social circle. I confessed that day that I was trying to work out a plan, a course of action and I fell apart. I’d been so hard and angry for so long that I was surprised by my own meltdown. I didn’t even like this person I was married to anymore. Why was I crying? I made the comment that I’d always left the figurative backdoor open so that I could make a quick escape if I needed to. All I had to do was walk through it. One of those sweet ladies, with no harshness or judgement simply said, “But what if you closed that door? What if that door didn’t exist and you HAD to stay with this person for the rest of your life? How would you make that work?” I kind of thought she was crazy. I probably looked at her like I thought that too. Why would I stay with someone I couldn’t stand? Why would I willing stay miserable? She was still looking at me. She actually expected an answer! “I guess I’d have to learn to like him again,” I said. And things started to change.

I’d been sitting around for years waiting for Adam to make the first move on counseling again. If he wanted to fix us he’d have to figure it out. But with this new revolution I became more aware of the fact that if I was going to like this man again I’d have to be an active participant. I found a new counselor and we started over.

Let me just tell you that I was not at all keen on this lady at first. It felt like every time we went she focused in on me! Couldn’t she see that HE was the problem?! Fix HIM! Every time we went we unraveled the tangle of my emotions and I’d leave discouraged and exhausted. I HATE crying. I was convinced that he’d charmed her, like he did so many others, with his humor and magnetic personality. He was content to sit there with a cocky grin on his face as if to say, “See? My wife is unhinged. What can a guy do?” But as the weeks went on more of our story unfolded. He was able to see how my behavior (anger, coldness, sharpness) was really the result of the hurt I felt and couldn’t express. I was able to see how the pressures of his job weren’t all fun and games. How misunderstood he felt, how alone. How scared he was that he was loosing his grip on his self control. I didn’t know that he felt he couldn’t miss those events because he was worried that if he did he’d miss THE opportunity that could make or break him. I didn’t realize how exhausting the wine and dine grind really was or how much, much worse my hurt-turned-fury made all of it. I didn’t know how tired he was. It seemed we were sinking our own ship. Loving that man wasn’t hard. We’d made a life together, after all, and he really was a good guy. Slowly but surely we learned to like each other again. It was a choice, it was deliberate, it was hard, it was worth it.

We had several good years, but we still had to work at communication. Our lifestyle posed some unique issues, especially in lean times. They had to be traversed carefully. Adam had taken to seeing a different counselor on his own to try to come to terms with his own behavior patterns. He did have a problem even if it didn’t have a classic presentation.  I really have to give him credit for this, because it really speaks to his character and his commitment to his job and to our family. By understanding his triggers he was able to get ahead of his benders and understand that his tendencies to go to excess usually had an underlying cause. He adopted ways to manage those and became a better business person because of it. We both started seeing that counselor so that she could help figure out better ways to have productive conversations, ones that didn’t end in fights and tears. This is really where the birth of the Family Business Meeting happened. A safe, willing space and time set aside to address the business of our lives. I really don’t think we could have done that when we were young and dumb. We just didn’t have the emotional intelligence back then.

I understand that this doesn’t work for every couple. I understand that there are circumstances under which you have no choice. I understand that it takes both parties’ willingness an openness for this to work. They say three times the charm, but I’m not closed to the idea of doing counseling again in the future. If I’ve learned one thing about marriage, and life in general, it’s that you can’t do it alone. If there’s a chance it could change anything I think it’s worth exploring. There is no shame gaining new tools, new perspectives, and new understandings of yourself and your partner.